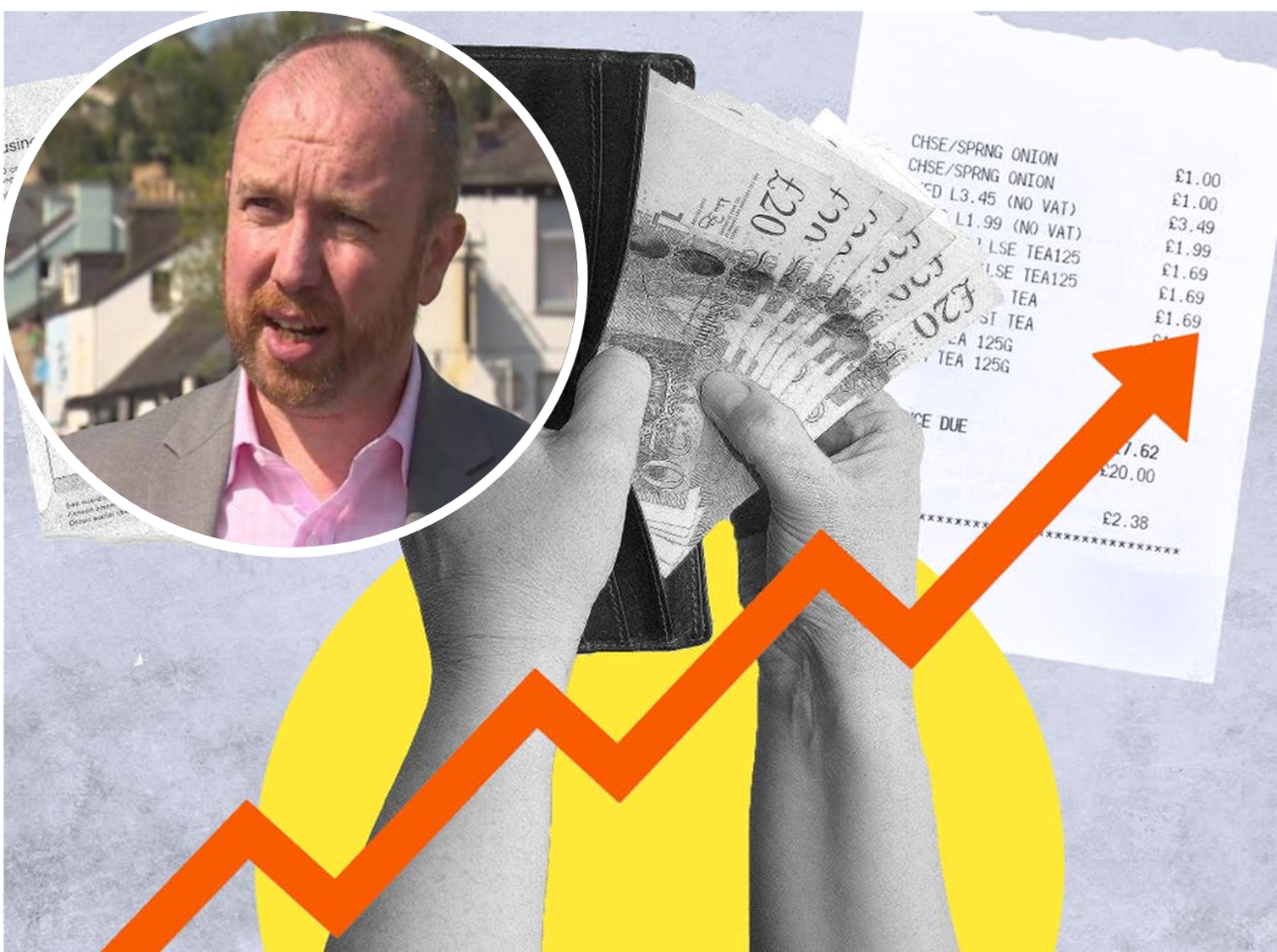 The people of Wales have shown tremendous resilience over the last ten years. In the face of crippling austerity, Brexit, then latterly a global pandemic it’s surprising on the face of it that people and communities have managed to survive.

In many cases communities have re-found a purpose, pulling together, and ensuring that many of the most vulnerable aren’t left alone. That spirit of care and cooperation is one of the shining lights coming out of the last decade. And it’s one we’ll have to foster again in the face of a crisis bigger than what any generation has seen in decades: The cost-of-living crisis.

To say that I’m concerned would be an understatement on a par with saying that Wales’ Six Nations rugby campaign was slightly underwhelming.

Approximately 30% of children in Wales already live in poverty, with 90,000 children living in severe poverty. Nearly a fifth of our pensioners live in poverty. Wales’ Employee earnings are amongst the lowest in the UK, and over a fifth of working people earn less than the real living wage. Gross domestic household income is less in Wales than any other part of the UK, with my constituency, Dwyfor Meirionnydd, having amongst the lowest throughout the UK.

For many, life is difficult enough as it is, only managing to get by. Over ten years of austerity has taken its toll on society. Economically austerity was a disaster suppressing economic activity resulting in slow economic growth. It pulled hundreds of millions of pounds out of the pockets of the most vulnerable, which in turned damaged smaller local economies, while at the same time wealth inequality increased considerably. The wealth of the top ten per cent in the UK has grown by an eye watering £2.6tr since the 2008/10 economic crash – three times faster than the lowest 10 per cent. While austerity was sold as a necessary means of ‘balancing the books’ in effect it was a tool to transfer wealth from the poorest to the wealthiest.

But its social impact was even more damaging. Local authorities who carry out much of the front-line work, such as social care, special education needs provision, adoption and fostering services, public transport, housing and homelessness services, libraries and the like suffered crippling cuts, resulting in huge swathes of services being cut back or cut altogether. This has had a devastating impact on the most vulnerable.

As austerity ravaged our communities and squeezed the living standards of most of the people of the UK, along came Brexit. The fault lies not with the general public who participated in what they believed to be a mass exercise in democracy and a chance to vent their utter frustration at the state of affairs, but rather at the wealthy elites that were promoting a policy that would benefit them in various ways in the short term.

To many, after six years of crippling austerity, and being told by those who fronted austerity to vote for Remain, the chance to reset the system was too good to miss. This is part of the reason why Brexit happened.

We are only now starting to see the effects of Brexit, with regular empty shelves at supermarkets, large increase and bureaucratic costs in exports and imports, and SME’s (which are the backbone of the Welsh economy) have suffered significantly more than large businesses.

Then along came Covid, a highly infectious virus that swiftly became a pandemic, the scale of which the world had not seen since the wrongly named Spanish Flu of 1918. The full impact of Covid-19 is still unknown, and at the time of writing we are reaching the peak of the seventh wave. But suffice to say that it too has had a destructive impact. Financially we saw an immediate about turn on austerity with billions of pounds being pumped into the UK economy, via furlough payments and support grants. However, for many it was too little and way to late – it’s impossible to rebuild the social safety net that austerity dismantled in a few short months.

Politicians and commentators have regularly defended government actions by saying that the pandemic was unprecedented. But these arguments are merely superficial.

We know that an operation called Exercise Cygnus in 2016 was conducted to prepare for a flu like pandemic, and while Covid-19 was not a flu, most of the lessons from Cygnus can be applied to any respiratory virus. Cygnus highlighted many of the weaknesses that were present and that needed to be fixed in preparation for such an outbreak. They weren’t acted upon, and in fact actions taken in the early stages of the pandemic went contrary to best practice and lessons learnt from Cygnus.

The blunt truth is that we were ill-prepared for the virus and this lack of preparation lead to far more people dying and suffering than might have happened otherwise. Should anyone want to disprove my claim, then please don’t hesitate to join the call for a Wales specific inquiry into the handling of Covid-19.

These three catastrophic events compounded a slow forty-year process of deregulation and privatisation, stripping away the state and the post war social safety net that was woven into UK society. Society is now placed at the whim of a private sector that might have many philanthropic individuals, but is, at the end of the day answerable to bottom lines and profit margins.

This is the backdrop of the cataclysm facing society in Wales in 2022.

The cost-of-living crisis is already pushing many on the margins into extreme poverty, but the coming months will see hundreds of thousands of families pushed into destitution.

Energy prices are soaring; rental prices are increasing quicker than at any point in modern history; food prices are going up; and food production prices are rocketing.

According to BEIS 2017 statistics there are over 660,000 customers in Wales on a prepayment meter. Unsurprisingly, rural areas use more electricity on average than their urban counterparts, with the mean consumption being 1000KWh more on average in Ynys Mon, Gwynedd, Powys, and Ceredigion than in areas like Newport, Torfaen, or Blaenau Gwent. Nevertheless, each one of these households, wherever they are in Wales, will face unenviable choices. 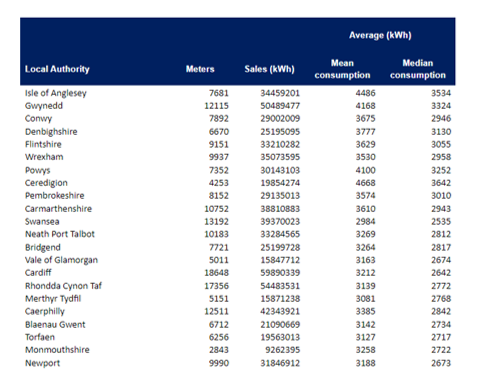 I visited the Barmouth foodbank a few weeks ago and they were reporting that they were seeing an increase in the number of people seeking assistance, with families having to choose between heating or eating. This was before the price cap being lifted. We’re already seeing more people borrowing on their credit card, too.

It is inevitable that we will see homelessness rising. My office is already struggling to cope with the calls from people with housing challenges. Pre pandemic Gwynedd were dealing approximately 30 homelessness cases a month. This has increased nearly fivefold, and the numbers are only going in one direction. With over 2,000 in the county already on a housing waiting list, we are facing a homeless crisis the like of which we have not seen in decades.

The Office for Budget Responsibility forecasts that next year will see the biggest fall in living standards since records began in 1956-57.

Benefits have not been increased in line with inflation, which will mean massive real terms cut for the most vulnerable in our society who depend on state funds.

The state pension triple lock, which means that pensions must rise in line with either inflation, average wage increase, or 2.5%, depending on which is highest has been suspended, which will mean pensions don’t keep up with inflation resulting in rea terms cut. Pensioners, on average, spend more on food and fuel than other age groups in society.

There’s so much more that could have done. As the Bevan Foundation pointed out recently, the Local Housing Allowance ensuring that private renters can meet their rent and at least keep a roof over their heads, could have been increased.

More than half of the price of a litre of petrol on the forecourt is in duties. which should be cut.

VAT rate for most goods and services within the hospitality industry is increasing back from 12.5% to 20%, which will make it extremely difficult for the hospitality sector that has already suffered considerably during the pandemic. Many in the sector are also low paid and seasonal workers. Hospitality business owners will struggle to keep prices down for a population already struggling to make ends meet.

With large energy companies making record profits, it’s clear that the government should impose a windfall tax on these companies – profit should be taxed not the labour of the low paid.

Here's a five-point plan on actions that could be taken to help mitigate the worst of the cost of living crisis:

But beyond the immediate things that could have been done today, it’s also time to re-imagine society. The time is right to introduce a Universal Basic Income, thus ensuring that everyone can live in dignity. It seems odd to me that we are even still debating this. The principle was accepted over a century ago when Lloyd George and his Liberal Government introduced the State Pension. Indeed, farmers have received something akin to an UBI since the signing of the Rome Treaty and the introduction of the Common Agricultural Policy, and to this day farmers continue to receive a basic income to ensure the viability of their farms.

Ynni Cymru will aim to benefit communities and turn the extractive nature of the energy industry on its head.

It’s bonkers that a community like Tanygrisiau, near Blaenau Ffestiniog, suffers from the worst rates of fuel poverty in the UK, while immediately above the village the large conglomerate, Engie, has a 360MW pumped storage hydroelectric plant, and a few miles down the road is Maentwrog Hydro Electric Power Station, generating an annual electricity output of 60.6 GWh. This is a continuation of the extractive economy that has plagued our communities over generations and needs to be reversed.

The national construction company Unnos will help ramp up the building of public housing, ensuring that people have an environmentally friendly and well insulated homes to suit their needs. Housing should be based on need and not greed, and we need to see developments that answer community demands.

And from next September every primary school child in Wales will receive a nourishing free school meal.

Re-imagining Wales is what we need to do. We don’t have to accept that this is our lot. The status quo clearly isn’t working for us, yet it’s abundantly clear that it is working for the benefit of the wealthy. That system needs to be torn down. We have an opportunity to re-invent the nation state in Wales and build a new state – an independent state co-designed by the people who it will serve. Independence is our opportunity to do this.