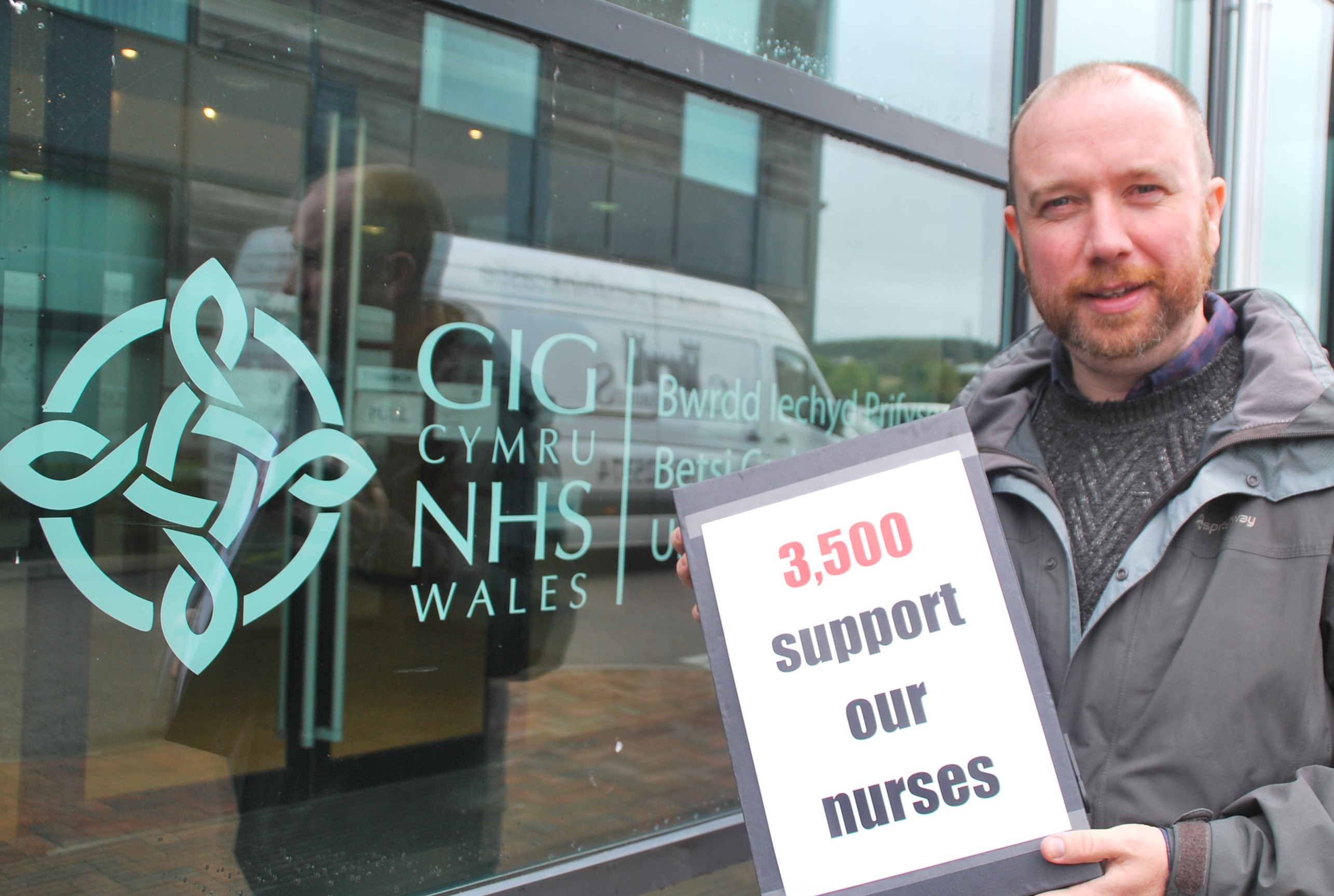 Betsi Cadwaladr University Health Board have announced that they will no longer make nurses work extra shifts for no pay in north Wales.

Campaigners, including politicians from Plaid Cymru, Unite the Union, RCN and Unison claimed that the proposed changes would have resulted in nurses working an extra shift a month for no extra pay.

‘Nurses and others within the Health Service were extremely concerned about the proposals to change the nurses shift patterns. Plaid Cymru as well as the Unions campaigned vigorously against the proposals and our collective voice, along with the many thousands of people who signed our petitions and contacted the Health Board, ensured that these plans were scrapped. We should recognise that the Health Board listened to our concerns and acted on them.’

‘We know that the Health Board is struggling financially, but they can't expect to solve their current financial problems by putting into practice proposals which would have damaged moral, driven hard working staff away, and created even bigger problems in the future. This is a Health Board under the overall control of the Welsh Labour Government, and it's up to them to ensure that our NHS has the necessary funds to do their work.’

‘This is excellent news. The proposals were ill thought out and made many nurses extremely anxious. Our nurses already go over and above what is required of them, and they often stay on the ward when they have a break in case something arises with their patients. If these proposals had been realised it would have damaged moral and driven hard working and conscientious nurses away from the profession. I'm glad that the plans have been shelved, and I sincerely hope that they will not revisit the plans when they think that attention has shifted away.’