Calls for Minister to intervene in Dolgellau and Tremadog services 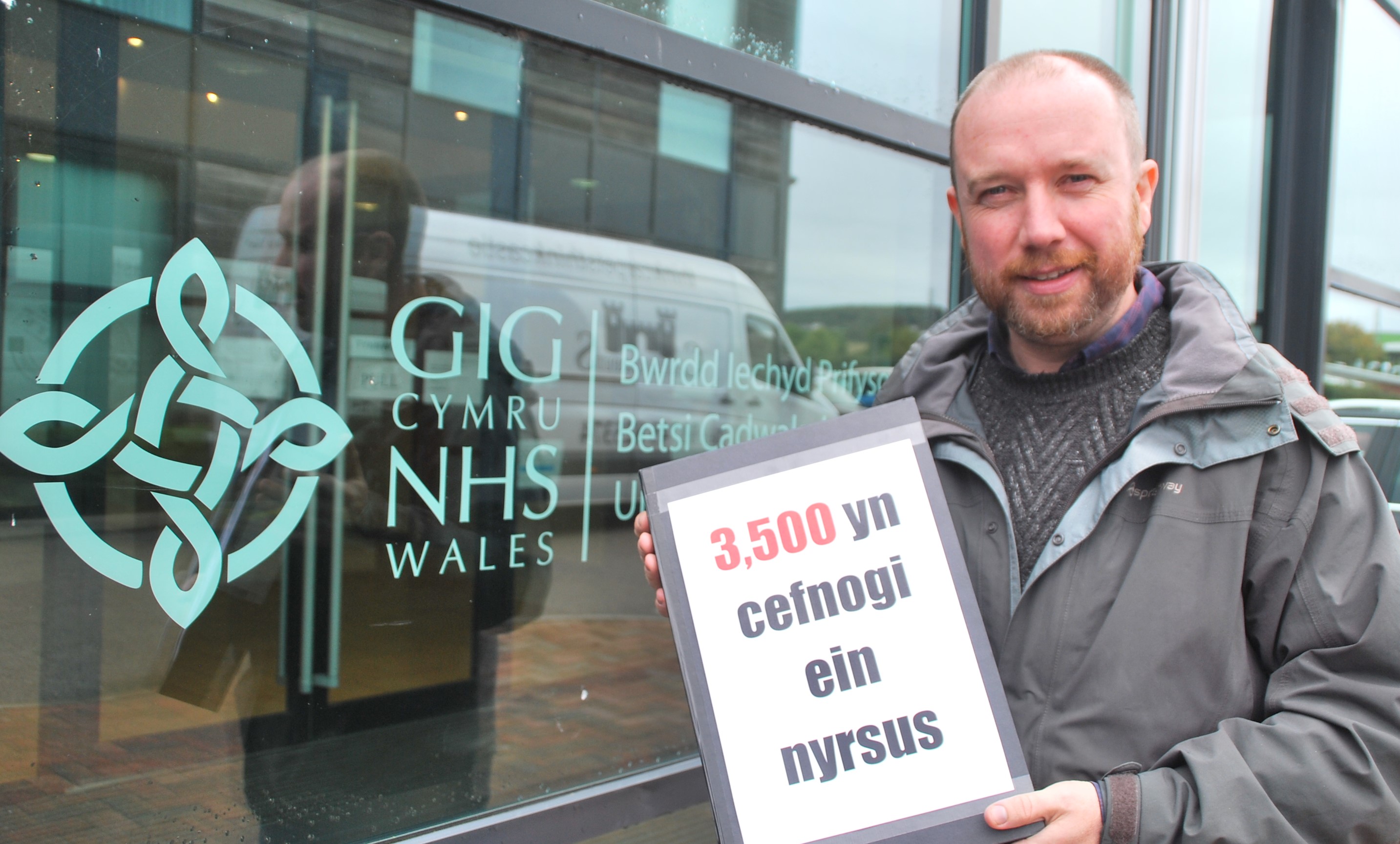 A pioneering heart treatment service in north Wales faces the axe as the local health board looks to make savings.

The service has been funded since 2015 and has been shown to prevent between a quarter and a half of heart-failure patients being admitted to a district general hospital.

The service costs about £430,000 a year but is estimated to save at least £1.5m a year because of reduced admissions.

Concerned GPs contacted Mr ap Gwynfor over plans to cut funding last month and the service has had a six-month extension. However the future of the service remains uncertain and is likely to deteriorate further without guarantees of long-term funding.

Since 2015, BCUHB has funded a series of community hospital based “one-stop diagnostic clinics”, heart failure nurses and pharmacists to look after the most seriously ill heart patients. The money was designated as “spend to save” and it has resulted in significant savings for the Health Board, hospitals and their patients. Unfortunately however, the Health Board’s dire financial situation means that there is no core funding to continue the service in the longer term.

Mabon ap Gwynfor said: “The Health Board has spent the last year unable to decide on whether to continue the service funding, despite the evidence presented of lives improved and hospital admissions saved. GPs say this has exposed serious deficiencies in the Health Board management’s ability to make simple decisions. Despite intense lobbying of different managers and executives, the Health Board’s funding lapsed and the service was due to be disbanded until a last-minute temporary reprieve.

“A report from 2018 (attached) demonstrated that the investment of £430,000 a year in the community heart failure service led to approximately a fall of between a quarter and a half in heart failure admissions to our North Wales District General Hospitals (DGHs). The hospital admissions reductions varied apparently in proportion to the size of the investments made across the three North Wales areas serving Ysbyty Gwynedd, Ysbyty Glan Clwyd and Ysbyty Maelor.”

Work with the All Wales Cardiac Network on the Cardiovascular Atlas of Variation (https://www.healthmapswales.wales.nhs.uk/IAS/dataviews/) has suggested that BCUHB spends some £5 million per annum looking after patients in hospital due to heart failure.

Mr ap Gwynfor added: “The community heart failure service is therefore saving around £1.5 million each year in direct inpatient hospital costs, not to mention the benefits in patient safety, lives saved and quality of life improved, enabling our DGHs to avoid further overcrowding. With further investment to a total of £600,000, the service could be extended across the region and make the £2.5 million annual savings that it was on the verge of reaching previously. This saving is of course in addition to the work and costs diverted from GPs and their staff in Primary Care, General Cardiology OutPatients and Hospital Emergency Departments.”

Mabon ap Gwynfor said he was disappointed that a service that was delivering good outcomes for patients and making savings was under threat and called on the health minister, who has direct control over BCUHB due to it being in special measures, to intervene:

“Because of uncertainties within the unit about future funding since early 2018, it’s prevented heart failure teams from recruiting to fill vacancies. BCUHB finance managers won’t allow the teams to advertise vacancies without identified long-term funding streams. The entirely predictable result is that there has been a slow but steady decline in the clinical service. This results  in longer waiting times to engage with newly referred patients. This increasing waiting time is currently too long and leads to patients dying at home or being admitted to hospital in crisis. Currently, each of the small three BCU Heart Failure teams are short of one full-time heart failure nurses as well as having gaps in administrative support and difficulties in filling other roles e.g. pharmacists.

“BCUHB and the Welsh Government promoted this project and the Community Cardiology Funding has been crucial in making north Wales one of the safest places to be cared for. However the lack of an exit strategy means that all this good work could come to nothing. That’s why it’s imperative that the Welsh Government step in to resolve this situation quickly and for the long term. It would be monumentally stupid to allow this service to peter out due to a lack of funding when it’s saving so much.”

Three of the team leaders commented:

“Due to the current caseload, large number of referrals and a team member’s retirement we have already had to stop the inpatient service. We will now have to start rationalising referral criteria (probably by only accepting sicker patients). Looking to the future these alterations to service provision will no doubt impact admission and readmission rates and hospital lengths of stay, as well as attendance at A&E and GP visits.  We have started to alert patients as to the situation and will be asking them to put their concerns in writing to the Chief Exec.”

“We have now lost 0.8 wte band 7 with an experienced nurse leaving the service and still have no Administrator in post. We are just about coping but do feel we need to look at our referral criteria and be strict about only accepting the most needy patients. We have already identified some community clinics that would need to be suspended meaning patients will have to travel further. I agree an escalation process needs to be considered. We haven’t yet said anything to patients but will discuss with the team if this now needs to happen to generate public and patient support.”

“We need to escalate the situation. The Echo diagnostic clinics which have shown to reduce heart failure admissions by 30% would stop completely. This is a service that has had recognition by Vaughan Gething and has won national and local awards.  Just as an example, on Friday I diagnosed a patient who was originally referred to Ysbyty Gwynedd and redirected to the community one-stop Echo clinic in the community as he was on a 26 week hospital appointment waiting list. I saw him 2 weeks after he was referred to me. He now has a diagnosis, management plan in place and is under the care of the Heart failure nurse in BCU West. He would have most certainly been admitted to hospital (or died) before he was seen if he was still waiting for hospital outpatient care.”