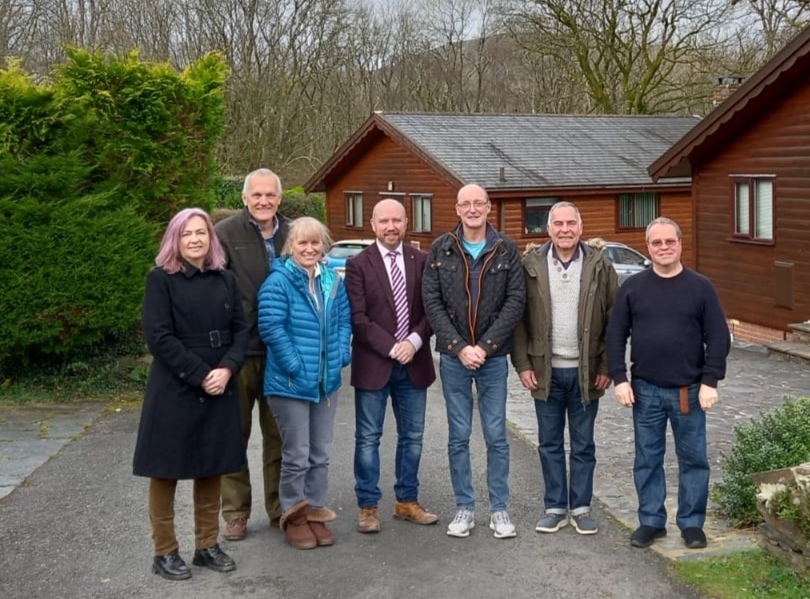 Plaid Cymru MP for Dwyfor Meirionnydd Liz Saville Roberts has called on broadband network provider Openreach to urgently resume its Fibre Community Partnership (FCP) scheme which has been put on indefinite hold due to an apparent surge in demand.

The MP has been supporting residents and businesses in the rural Meirionnydd community of Bryniau Brithdir, who have a longstanding community fibre application in place with Openreach, having secured the necessary funding to progress with the scheme.

In response to correspondence from Liz Saville Roberts MP, Openreach confirmed that all their Fibre Community Partnership (FCP) schemes are now under review, with all existing applications put on hold indefinitely.

'I am deeply concerned that Openreach has taken the decision to put all their community fibre schemes on hold, a move which will understandably disappoint many communities such as residents in Brithdir in my constituency who were led to believe that their scheme was progressing.’

‘Having reached this point in the process and with the necessary funding in place, my constituents are justifiably frustrated, as am I, at the sudden decision to put all existing community fibre schemes on hold, including those nearing completion.’

‘I urge Openreach to provide my constituents and others in the same situation, with immediate clarity as to the status of their community fibre application and with a realistic and reliable timescale for completion of works.’

'People living in rural areas such as parts of Dwyfor Meirionnydd are already at a disproportionate disadvantage when it comes to accessing fast, reliable broadband.'

'Delays to a specific scheme which aims to connect those who do not commercially or governmentally qualify for fibre broadband only serves to compound matters, further aggravating the digital divide between rural and urban areas.'

‘Both the UK and Welsh governments have failed to outline how broadband will be delivered to large parts of our country. In fact, Wales has lost out on crucial investment time after time.’

‘Why should essential utilities, such as adequate broadband, be dismissed as luxuries for those who live in rural areas such as Brithdir?’

‘If we are to make Wales more practical places for businesses to locate and expand, and if we are to ensure that communities can fully benefit from the opportunities afforded by better digital connectivity, investing in broadband is crucial.’

‘Ambitious targets must be backed up by parity of funding and practical solutions. It is essential to eradicate Wales from broadband not-spots.’

‘I had been chasing Community Fibre all through December, but they were very quiet, I just didn't hear anything from them. I’d been chasing them on a few things and had heard nothing back where previously, they were quite informative.’

‘It's not just our project. It's everything, but no reason was given. We are just not being given enough information. This has been going on and off with different projects since before the start of the Covid pandemic.’

‘We've been promised and promised different things. We get so far. We get to the point of being almost there and it just comes to a grinding halt, and that's the frustrating thing.’