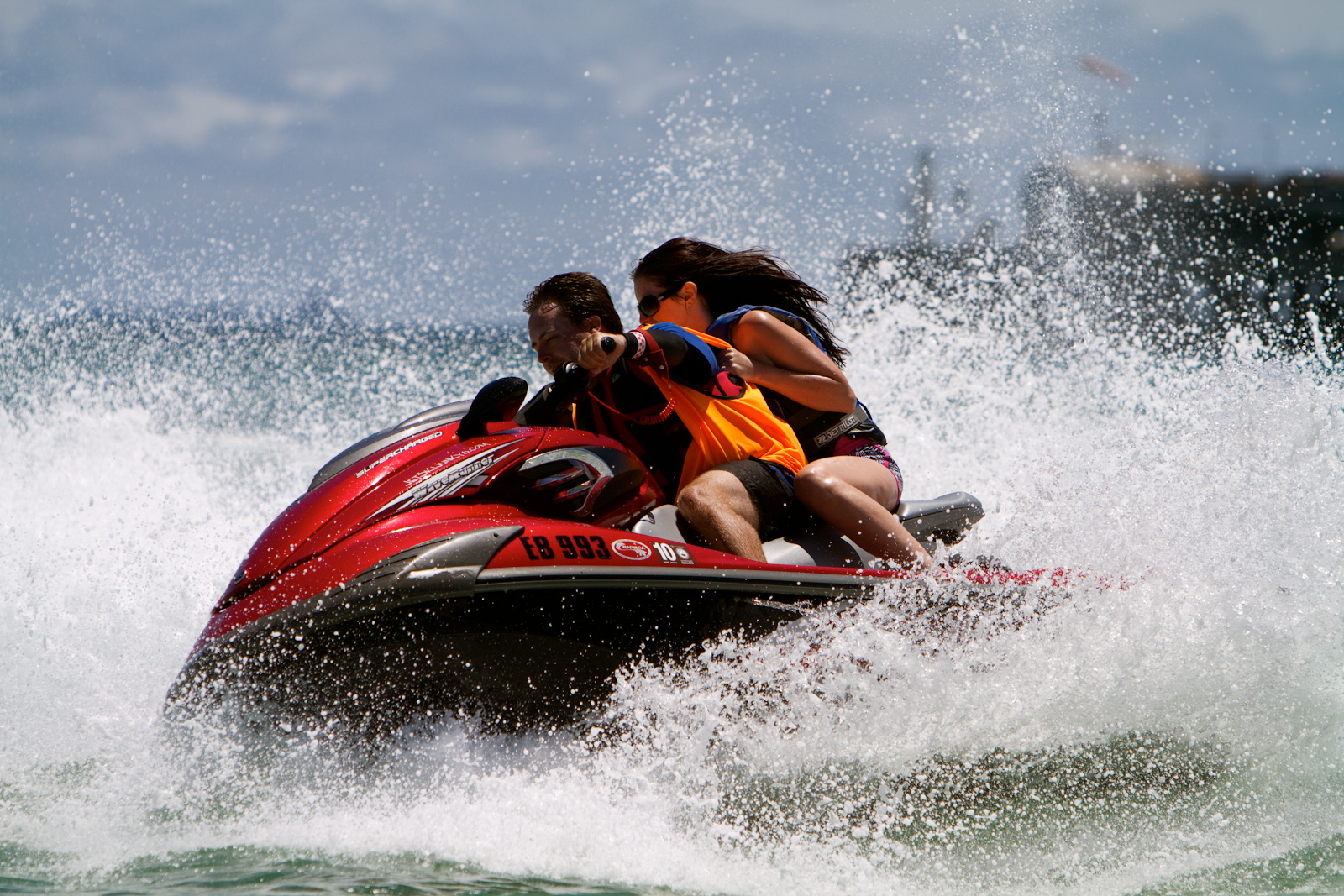 Plaid Cymru Gwynedd will today call on the UK Government to create legislation to regulate offshore personal water vehicles, such as jet skis, in the same way as motorcycles are governed by road legislation.

“Does the population of Wales realise that Wales and countries within the United Kingdom are the only ones in Europe that allow jet ski users to drive along our waters without any form of restrictions?" asked Councillor Gareth Thomas who has responsibility for communities and economic development in Gwynedd.

"The United Kingdom is in the same category as Egypt, with no guidance, law or rules for people to use these powerful water vehicles responsibly within our seas.

“We wouldn't let our children or grandchildren travel our roads in Gwynedd on a motorcycle. But there is no law in place to prevent a 12-year-old from jumping on the back of these powerful machines and playing on our waters. It makes no sense whatsoever!

"It is high time the Government in Westminster deals with this issue, and ensures that jet skis are registered and officially defined as a “ship” within the Act to ensure that they are covered by the same regulations and users of other offshore power vehicles in Wales.”

In an open letter to the Minister for Transport earlier this year, the UK Harbourmasters Association has pressed for closing the loophole in the law by clearly defining that a ski jet is recognised as a “ship.”

In Gwynedd, areas such as Barmouth and Morfa Bychan are seeing regular users offshore and businesses report that sales of these power vehicles have increased by over 30% this year.

Gwynedd Councillor Gethin Glyn Williams, from Barmouth, said: "Our concern is that the increase in sales this year will mean an increase in consumers visiting next year, as Covid19 restrictions affect people's ability to go on holiday abroad.

“We welcome visitors to the area and the majority of jet ski users are sensible and responsible. It is the minority who act irresponsibly, travelling too close to other water users and speeding when they travel closer to the shore, causing the problems and concerns.

“Training, licensing, insurance, wearing protective gear such as a helmet and lifejacket, ensuring specific safety areas are made available to ski-jet users to enjoy should become part of the measures included in the law. And, without doubt, local authority maritime departments need extra resources to supervise and support during the busiest periods of the year.”

Councillor Selwyn Griffiths, who represents Porthmadog west which includes Black Rock beach, Morfa Bychan, where visitors have flocked to the seaside over the summer, said: “The Council's maritime officers are just as frustrated as we are, with the lack of regulations available to supervise jet skis. It is high time measures are put in place to ensure that everyone - from jet ski users to swimmers to paddleboarders and families - have the freedom to enjoy safe and responsible recreational activities.”

There were two deaths involving a jet ski on the Gwynedd and Anglesey coast in August this year.

Councillor Gareth Thomas said, “Gwynedd is not unique in this regard, areas of Ceredigion, Pembrokeshire, Cornwall and Devon, to name but a few, are reporting similar problems.

“In full council today, I will ask for the support of all Gwynedd's Councillors in calling on the UK Government to create legislation to regulate offshore personal watercrafts in the same way as onshore motorcycles.

“All personal watercraft should be licensed and insured prior to use at sea and all drivers tested for their ability to operate the machine and their knowledge of navigation rules.”