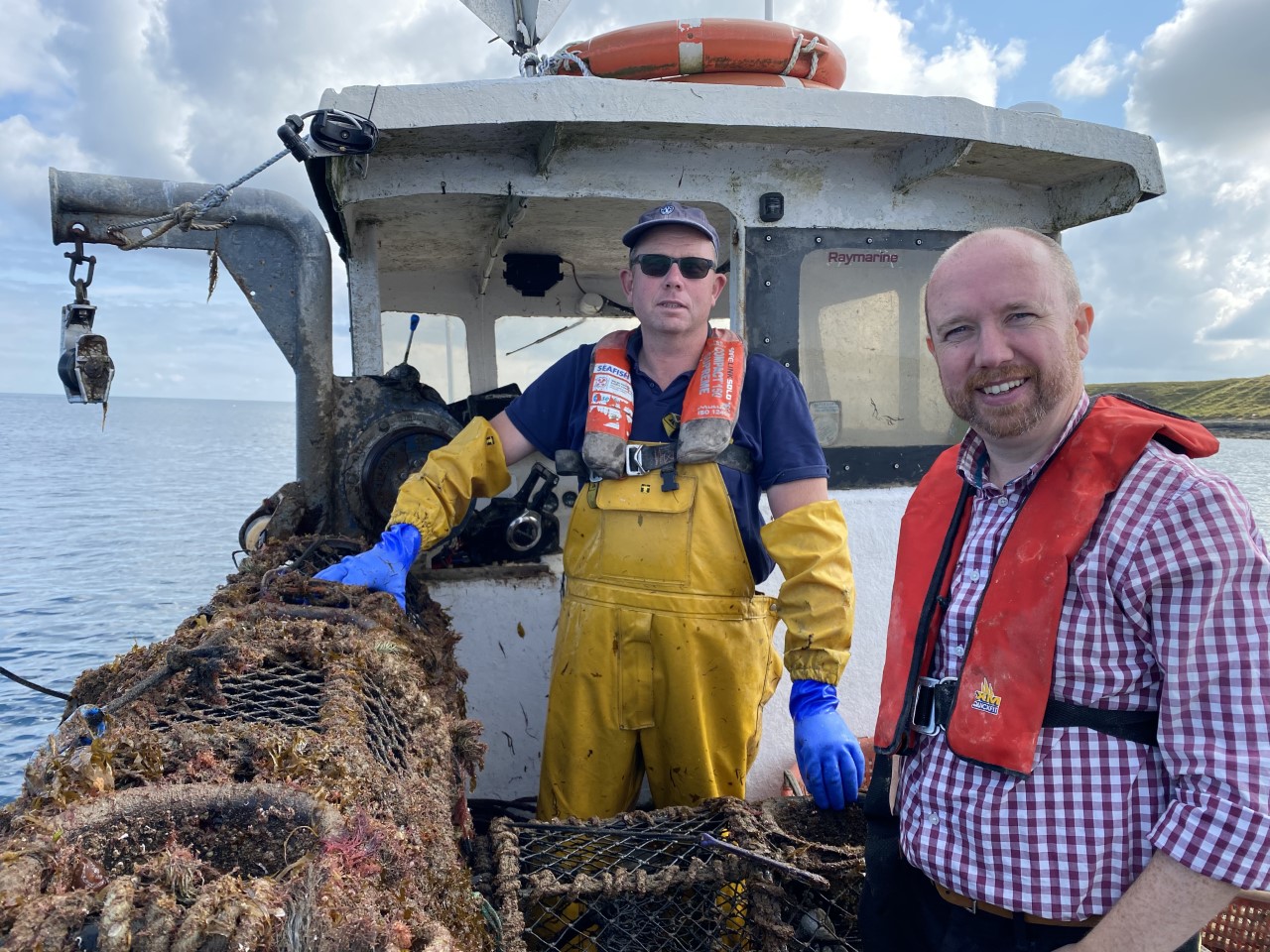 A Senedd Member has accused the Welsh government of “systematically undermining the Welsh fishing industry” after visiting working fishermen on the Llŷn Peninsula.

According to the most recent data, there are 897 full-time and part-time fishermen working in Wales with a total seafood economic value of £44.1m.

Local fishermen are warning that illegal fishing is becoming an increasing issue in Wales whilst policing is “non-existent.”

The Welsh government’s new multi-million pound patrol fleet “to protect Welsh waters from illegal fishing activity” have been anchored in Welsh Marinas since 2019 due to a lack of Marine Enforcement Officers.

Dwyfor Meirionnydd MS, Mabon ap Gwynfor, described the Welsh government as being a “fish out of water” when it comes to Welsh fisheries.

“Local fishermen are calling for a joint-management approach to fishing in Wales to allow for sustainability and conservation of the seas. Whilst we were out at sea, we came across a suspected illegal boat fishing for seabass. Illegal fishing of these waters destroys biodiversity and undermines local livelihoods.

“During the COVID pandemic, Welsh Marine Enforcement Officers were not permitted to board boats to carry out their checks and duties, unlike officers in England and Scotland.

“The Welsh government needs to take this issue seriously. Having their patrol fleet moored all year round at the public’s expense, or stopping officers from carrying out their duties, is undermining the Welsh fishing industry.”

Sion Williams, who has fished the seas at Porth Colmon on the Llŷn for 34 years, wants to see a more collaborative approach to policing and sea management in Wales.

Mr Williams said; "I am very disappointed yet again with the lack of at-sea and on-land enforcement by Welsh Government fishery officers. Having spent millions of pounds of taxpayer’s money on these new vessels, you would have expected them to be at sea most of the time.

“I feel very disappointed with the lack of delivery on fisheries management over the last ten years from the Government. They say that they’re committed to delivering a sustainable and economically viable marine environment, but have failed to deliver what is required, in fact they have fallen way short of what is expected, on all aspects of fisheries management.

“The only way to have a marine environment that is ecologically and economically sustainable is to have adaptive co-management between Welsh Government and stakeholders. Fishermen of Wales deserve much better from our elected Ministers and civil servants."