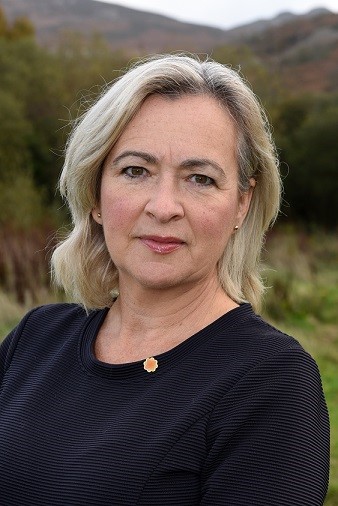 Labour Welsh Government Fisheries Minister Lesley Griffith has been accused of breaching the Ministerial Code by siding with a holiday-home owner from her Wrexham constituency in a dispute over the rights of local fishermen to access waters off the Llŷn Peninsula.

Welsh Government Minister for Environment, Energy and Rural Affairs, Lesley Griffiths - who has responsibility for fishing in Wales - wrote to Cyngor Gwynedd to protest about signs put up by local fishermen to control parking at the Porth Colmon launch ramp in Llŷn.

In ministerial letters to Gwynedd Council, Ms Griffiths said she was writing on behalf of her constituent, Stephen Mackreth, and that the notices had been placed without permission on land which he claimed to own.

Siôn Williams, of Llŷn Fishermen’s Association, explained that attempts made in the past by holiday home proprietor Stephen Mackreth, to claim ownership of Porth Colmon’s launch ramp have been proven invalid.

Mr Mackreth of Wrexham owns holiday homes in the area of Porth Colmon and Llangwnadl. Mr Williams said the fishermen discussed and agreed with Cyngor Gwynedd the exact location of the signs, which were intended to ensure unimpeded access to and from the sea.

The letters from Ms Griffiths to Cyngor Gwynedd were written on ministerial headed paper and signed in her title as Minister. It is understood that this contravenes Welsh Government’s Ministerial Code whereby every possible care must be taken to avoid conflicts of interest between constituency and official ministerial responsibilities.

The code also requires ministers to respect their portfolio subject areas: neither planning nor access are included in Minister Griffith’s portfolio.

Llŷn Fishermen’s Association and local MP, Liz Saville Roberts wrote to Ms Griffiths requesting a meeting to discuss the importance of access to the sea at Porth Colmon for the local fishing industry, but she refused their invitation.

Liz Saville Roberts MP said: ‘I find it unbelievable that the Welsh Government Minister responsible for fishing can see no conflict of interest in supporting the case of her constituent against the rights of local Llŷn fishermen, and that when acting in an official capacity as a government fisheries minister.’

‘The in-shore fishing industry is under immense pressure because of Brexit uncertainty. Ms Griffith’s judgement in this matter is in question. Who does she prioritise? A Wrexham constituent who happens to own holiday homes in Llŷn or fishermen who are struggling to keep access to the sea in order to make a living?’

‘The issue which Minister Griffiths raises is related to planning and access, which are not even in her ministerial portfolio. I’ll be writing to First Minister Mark Drakeford to ask him to judge whether Minister Griffith’s behaviour breaches his government’s ministerial code on both counts.’