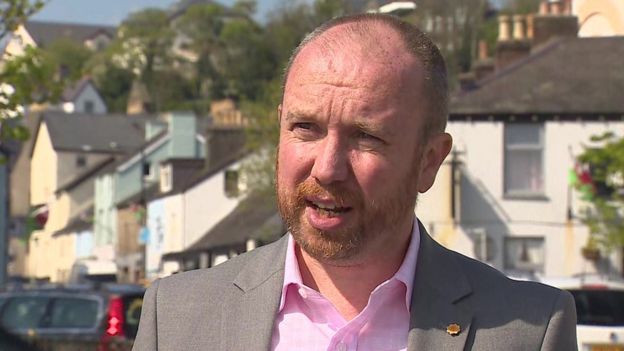 Closing cottage hospitals in towns like Blaenau Ffestiniog was a bad move that has contributed to the current ambulance crisis, Dwyfor Meironnydd MS, Mabon ap Gwynfor has said.

Speaking in yesterday’s Senedd debate on the ambulance service Mr ap Gwynfor slammed the Labour Welsh Government for their closure of smaller community hospitals without ensuring that community services were in place.

He told members of the Senedd that rural areas like Dwyfor Meirionnydd were especially feeling the strain of the Labour government’s downgrading of health services.

This was made worse by ambulances having to wait at large hospitals far away from rural areas while they waited for A&E queues to get better.

One constituent, Mr ap Gwynfor said, had to wait 15 hours for an ambulance.

He said: “A constituent of mine in Abererch had to wait for 15 hours for an ambulance and she was unconscious and her family were concerned for her life. Or look at the staff, who often have to travel great distances the length and breadth of the country because there isn’t an ambulance available nearby

“But why is this happening? Let’s follow the journey of the patient. The patient goes into the ambulance, having waited for many hours, queues outside a hospital for hours, often behind a dozen or more other ambulances, and then, after a period in hospital, having made a sufficient recovery to return to the community, rather than being returned to the community, they can’t release the patient because there isn’t a community bed available or there is no community carer available for them. It is one crisis on top of another.

"Back in 2012, we saw a number of significant changes to health services the length and breadth of Wales this saw the closure of a number of community hospitals, such as Blaenau Ffestiniog, Llangollen and Flint, centralising and downgrading some services, with a pledge that there would be more care available in the community. People in places like Blaenau were promised improved community care when they lost their hospital, this has not happened.

“In order to maintain an effective and sustainable health service, you need spare capacity in terms of beds.”

He added: “It's fair to say that we all appreciate our health and care services more than ever before. We have seen for ourselves the selflessness of the staff who have travelled that extra mile day after day to keep us all safe.

“It's a duty, therefore, on us all to alleviate those pressures and to repay them for their commitment in their hour of need. And when I say that, I mean more than standing in front of cameras and clapping. In doing this, it'll have a positive impact, seen in all parts of our health and care services, including the ambulance services that are so crucially important.”