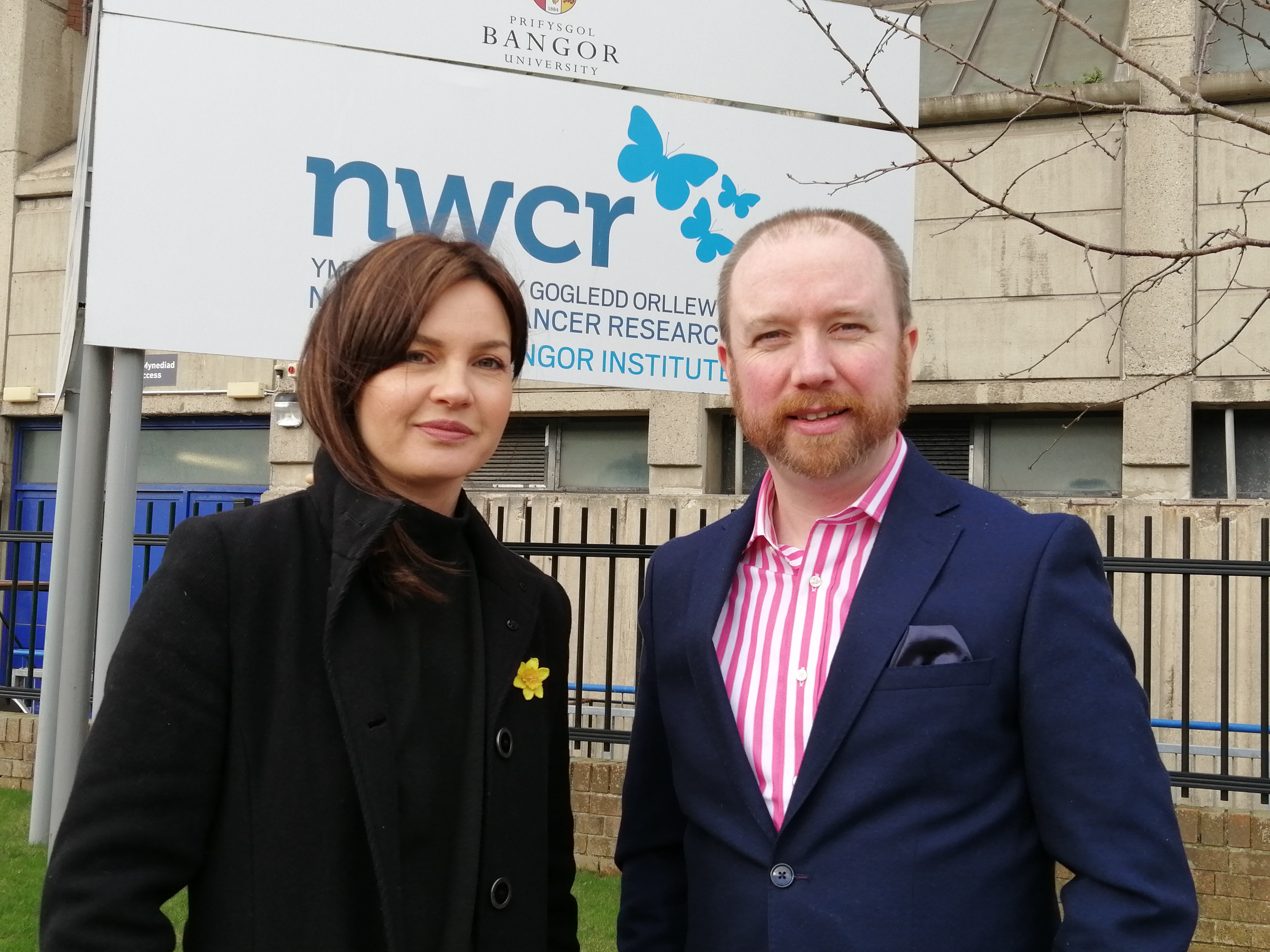 Plaid Cymru politicians Mabon ap Gwynfor and Sian Gwenllian and campaigner Becky Williams have reiterated calls for a north Wales based cancer diagnosis centre after new figures have shown that people in north Wales face a much higher chance of developing cancer than the rest of Wales.

According to a new regional report from North West Cancer Research people living in North Wales face a higher risk of developing cancer than the rest of the country.

The report says that North Wales has a ‘number of specific health challenges’ and ‘over-indexes on 17 cancers’ compared to the Welsh average.

According to the research, head and neck cancers have an 18% higher average incidence rate than the rest of Wales. North Wales also has significantly higher rates of colon cancer than the rest of the country, with an 18% higher average rate of incidence. Three of the six counties surveyed in north Wales have “markedly higher rates” of breast cancer than the national average, with overall rates of breast cancer in North Wales 15% higher than the national average.

Plaid Cymru candidate for Dwyfor Meirionnydd in the 2021 Senedd election Mabon ap Gwynfor and Plaid Cymru Arfon AM Sian Gwenllian have both been campaigning for a rapid diagnostic regional hub in North Wales.

The calls have been reiterated by local campaigner Becky Williams, the widow of cancer campaigner Irfon Williams who used his diagnosis of bowel cancer to highlight that cancer patients In Wales had less access to cancer treatments than the rest of the UK’

Recently published mortality figures reveal that cancer is the single biggest cause of death in north Wales, with 2,291 of the 8,156 recorded deaths attributable to the disease.

A study carried out by Swansea University's Centre for Health and Economics found that waiting times for patients seen at rapid diagnostic centres were cut to less than six days, a 92% reduction in waiting times in the first year.

“This is why we need to roll out more diagnostic centres across Wales, particularly here in rural north Wales.

"The Welsh Government have piloted rapid diagnostic centres in the two of the south Wales health board areas and they've been hailed a massive success. Patients in Dwyfor Meirionnydd and across north Wales deserve parity of service which is why Plaid Cymru is pushing for investment in the development of diagnostic centres here to ensure early diagnosis and better outcomes for our patients."

“Wales has some of the poorest outcomes in Europe for bowel cancer - and one of the lowest cancer survival rates in Europe. We know that early diagnosis and treatment of not just bowel cancer but all cancers lead to improved outcomes for patients.

"An early diagnosis is the difference between life and death – it’s as simple as that.

Plaid Cymru AM for Arfon Sian Gwenllian added, “Research has shown that people in north Wales are at a much higher risk of developing cancer than in the rest of Wales but we don’t have an early diagnosis centre here in the north.

“Patients in north Wales deserve parity of care and service. That’s why Plaid Cymru is calling for investment in the development of a diagnostic centre here in north west Wales to ensure early diagnosis and better outcomes for our patients.

“Plaid Cymru want to ensure everyone has access to diagnostic tests and diagnosis within 28 days and would develop three Urgent Diagnostic Centres in Wales to enable quicker tests. We’d make it easier for GPs and other health professionals to refer patients to these centres."