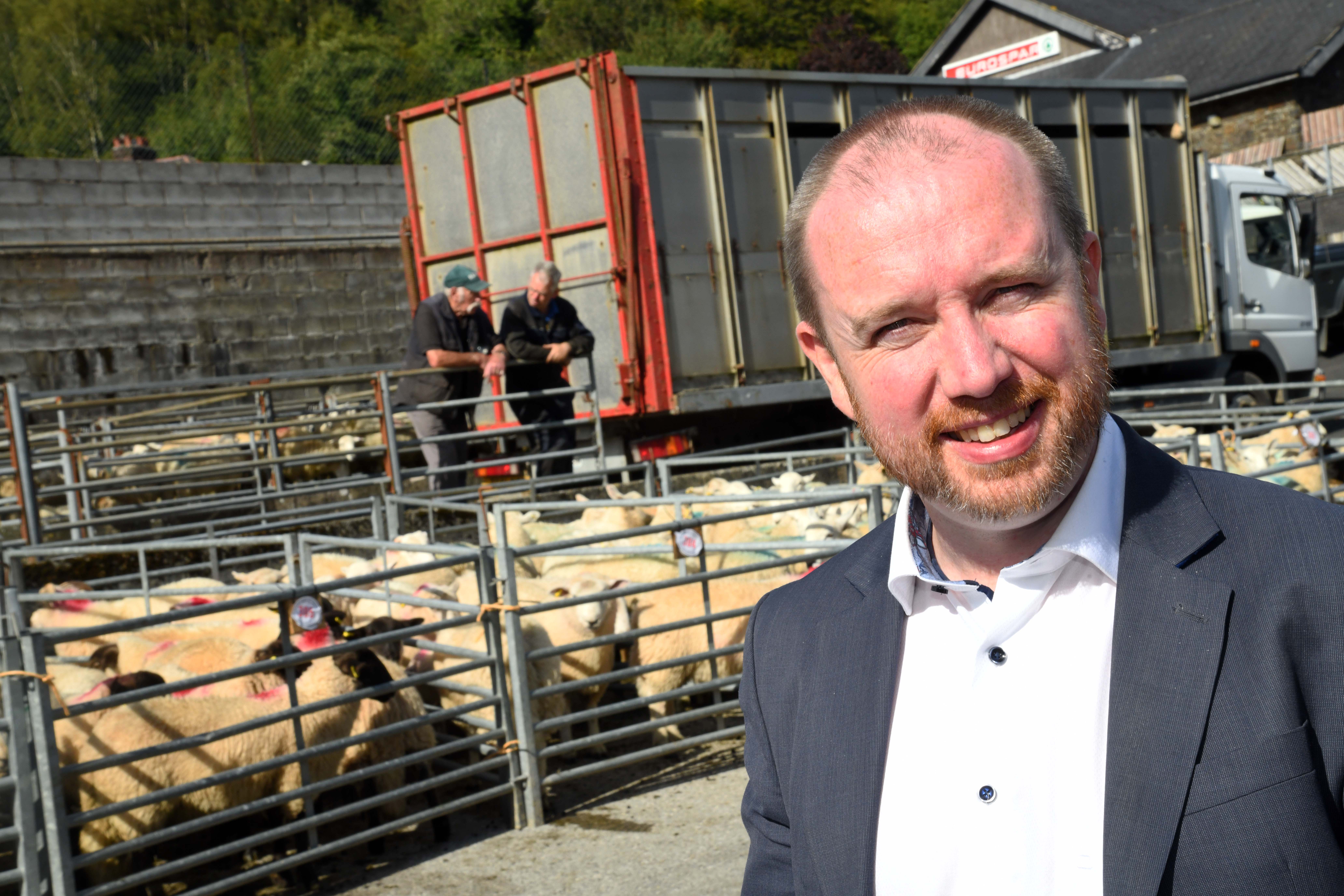 Plaid Cymru has slammed the UK Government for admitting that the Welsh sheep farming sector will be decimated if no Brexit deal is agreed with the European Union, expecting sheep farmers to effortlessly diversify into beef.

The Secretary of State for the Environment, Food and Rural Affairs, George Eustice MP made the comments on the BBC Andrew Marr show on Sunday. When challenged with the fact that 90% of UK sheep exports go to the EU and that a no deal Brexit would devastate sheep farmers, Mr Eustice said,

‘The price of lamb would rise in the EU, that would also mean that demand in the EU would go down and there would be a fall in prices here in the UK in the short term. But also, if we’re not importing as much beef form Ireland then those mixed beef and sheep enterprises will be able to diversify into beef.’

‘This is a brazen admission that our farming communities here in Gwynedd and across Wales are of no value to this Conservative Government.’

‘They openly accept that sheep farming will be devastated, with falling demand and falling prices. What’s more galling is that they expect sheep farmers to diversify to beef, which shows just how far removed they are from farming communities here.’

"Our highlands are well suited to sheep farming"

'That is why sheep flocks are so much larger than herds of cattle. The requirements for farming sheep is completely different too.’

‘A sheep farmer can’t find fields to grow the crops necessary to feed cattle overnight, and neither do they have the resources needed to buy the machinery or build the sheds that would be required to winter sheep during the harsh conditions on the Welsh highlands.’

‘Such a casual remark shows how completely out-of-touch this Conservative government is, and that they simply don’t care about our farming communities.’

‘Our economy and our way of life, especially here in Meirionnydd, has developed around generations of sheep farmers, and all of that is now under serious threat because of this Government’s shameless incompetence.’

‘Sheep farming might be insignificant to wealthy landowners and government ministers who spend their time with oligarchs in London, but it’s an integral part of our life here in north west Wales and must be defended at all costs.’